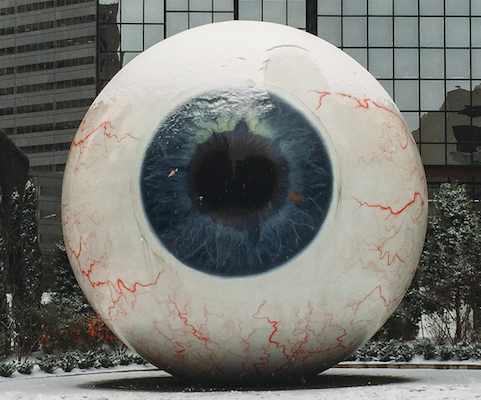 The New Year has started and you will find many predictions about how this new year is going to unfold and what to expect. Be it political or financial forecasts; some news channels even come up with annual predictions for weather; and others pretending to be more sophisticated will even try to decipher the front page of the Economist (I don’t even know if the prestigious paper will have one of their “famous” drawings on the front cover this year).

Clearly, forecasts draw crowds and for that very reason many will even turn to a website like this one. Most are searching only for an affirmation of what they already thought or sensed.

The start of a new calendar year does not represent any astrological significance. A blanketed approach by putting 12 Zodiac signs under one umbrella and to check what kind of planets pass and form certain constellations parallels what I already expressed in my “What to think about daily horoscopes” article.

In lieu of some kind of annual prediction at that point, I like to direct your focus on someone’s well recognized piece of literature, which not only predicted the process which is happening right now, it even explains in great detail where we are and are heading in the not so distant future.

When reading contemporary reflections about the state of our governments, the continuous erosion of privacy and the ever growing apparatus of surveillance – one name certainly will come up or is quoted frequently – George Orwell and his in ‘49’ published book 1984.

The book and the story of Winston Smith is these days more compelling than in the days when it was published. Much of the described Big Brother surveillance system is meanwhile reality. The secret book, the protagonist of the story, Winston, is able to get into his hands, reveals very clearly how the present geo political map is drawn, is set up and where it is moving towards. Many passages of the book meanwhile get their today’s real life proof by the years ago leaked information by Edward Snowden.

Published more than sixty years ago, 1984 sadly does not fail to give us a portrait of our present state of affairs. Even if you do not believe that the world is developing gradually into a dystopian place, especially after 9/11 and recently with the made Covid crisis – you will not be able to free yourself from the impressions that you gain.

Inspired by a late partial reread, I thought that it might be quite revealing to get Orwell’s chart to examine the connection to our present time and why his Big Brother story is lately more recognized; many of his visions are now shaping up to be a chilling reality.

The actual name of George Orwell was Eric Arthur Blair and according to his mother his first word was “beastly.” Obviously, the young Eric must have already sensed or understood correlations of the adult world at a very early age. One of his biographies mentioned that he published his first article in a local newspaper with the age of eleven. Aside from his world bestselling book 1984 – “Animal Farm” seems to be another bestseller of the foresighted British author.

From a chart perspective the story of 1984 very much reflects what Mr. Blair’s personality must have been like. I believe the book seems to be almost an amalgamation of his main constellations put into writing. Since he was born under the star sign of Cancer we can assume that he was quite authentic with all he understood and expressed in his essays or publications. If you see his horoscope and read the story about Winston’s futuristic world, you can see stunning parallels of his own character and the imaginary main character. It almost seems like Winston is Orwell.

A Scorpio Ascendent with Pluto in Hs.8 – a guardian of time, so he warns about the development of the State and its overreach into personal affairs. He certainly accomplishes that mission by pointing out the path governments and organizations of State were developing. With Gemini (8.) and Taurus (7.) he is depicting and describing the form of an execution of appearance of social / group related mechanisms that are determining (Venus H10.). The way Venus is aspected reveals that the community (State) has excluded the determination and is subsequently without being. Particularly, in 1984 he describes the process of a society that has turned the world into a dystopian place and he even gives a very clear analysis of how the State is governed and how it accomplishes to control the mind of its citizens. Just to name some, the Ministry of Truth or how history is altered and “adjusted” – the latest legal battle between social media giants and the entire approach of how Covid is exploited by the ruling elite come to mind. There are many parts of the book that clearly connect to present topics and demonstrate in what way and to what degree governments around the world have already turned against their citizens.

His Sun – in Cancer – and a Moon/Neptune constellation tells us that he experienced or at least had the feeling of inferiority. That inferiority is expressed in Winston’s character as well. Winston appears to be an individual that is an “underdog” or at least feels like one. Adding to is the content of Hs.4 that reveals that his sense of being home has been disturbed – always feeling in between places – and for a fact he moved many times and the enclosed Saturn constellation makes me believe he never felt at home anywhere – similar to Winston Smith, who always seems to be at unease “at home” and on the consistently on the run.

Orwell’s MC even adds to this kind of impression since it indicates that he was never integrated in society and in his time viewed as controversial. For the authentic creative this is certainly a prerequisite and enables them to be creative.

Particularly in his case it is so amazing for me to see that Winston’s life is so similar to the life of his creator. And like in many cases of creative minds, it almost seems once they have “fulfilled their mission,” they leave the stage. Orwell died just half a year after the Big Brother story was published.

When I looked at the chart and the different constellations, as well as at what time they would get triggered – the very dominant Sun/Moon/Neptune constellation of his birth chart was coming up once – in the year of 1984 – and the other rhythmic revisit of the constellation – is about right now and going into the year of 2022. Meaning we are right now experiencing “his constellation,” that he explored with great detail, clearly described and enshrined in his book 1984.

We should not be surprised if the real world around us is starting more and more to match what we can read in the over 60 year old book. For that very reason, we will see over the next 12 to 16 months many people quoting and revisiting his book. Be assured the year 2021 will give us ample opportunities and reasons to go back and read what Eric Arthur Blair wanted to let us know and warn about.

Let’s just hope that his book does not get categorized and end up with the same fate as “THE BOOK” Winston Smith had to acquire secretly and hide from the police/state. In light of the latest turns of developments – what would have seemed unthinkable and out of this world a year ago can as well be the new norm by the end of this year.

Thank you Mr. Blair for leaving us a very warranted descriptive warning. And if you are really searching for a forecast for 2021 and already own a copy of the book – wipe off the dust and start reading!

“Reality exists in the human mind, and nowhere else.” – George Orwell

In that context a final thought: “The Spanish flu pandemic of 1918 killed 50 million people when the population of earth was 1.8 billion, or in those days 2.8% of the world population. This present “pandemic” (WHO has changed conveniently the definition some year before – see earlier article) has contributed to the deaths of 1.8 million people with a worldwide population of 7.8 billion, or .02% (!!). So 0.02 % – and that warrants all the societal and economic changes? I personally can not free myself from the impression that the applied, present and future pandemic restrictions and measures are just here to facilitate a planned and intended societal change, that many have not even grasped to realize nor are even willing to understand.

“We know that no one ever seizes power with the intention of relinquishing it.” – George Orwell

14.01.2021 – it did not even take two weeks to confirm that predicted trend and interest in his book – https://www.zerohedge.com/markets/michael-every-why-george-orwells-1984-2-best-selling-book-amazon

666 - THE BEAST OF THE SEA - part 1 of 3
What to expect of the Grand Conjunction of 2020 - free content
Covid 19 response - Sweden the pariah or a role model? - free content
D. Heinicke
0
Tags :
0.02% Covid deaths2021 the return of Orwell's 1984a made Covid crisisastrological signsastrology new year predictions 2021Big BrotherBook 1984flu pandemic 1918George OrwellhoroscopeReality exists in the human mind and nowhere elserhythmic revisitScorpio AscendentSun in CancerSun-Moon-Neptune constellationZodiac